In 2015, we began to replace our stainless-steel fermenters with those built of unlined concrete. Each year since, we have grown increasingly enamored with these beautiful tanks. But they are not just pretty to behold. The true measure of their worth is the wonderfully aromatic and lively wines that come out of them.

Concrete has been used as a material for wine fermenters for about 100 years. At the time, concrete was only slightly less fashionable than oak fermenters. Back then, the concrete tanks were lined with epoxy. Such were the tanks that I worked with at Tenuta Tignanello in Chianti. A handful of older Napa wineries still have these styles of tanks, although, since the 1950s, both concrete and wood have fallen out of favor to the gleam of stainless-steel fermenters.

Does the choice of material matter when it comes to fermentation? After all, the wine is only in the fermenter for a couple of weeks. The answer is an unequivocal “yes.”

A successful fermentation requires that the yeast be happy. Happy yeast means plenty of (but not too much) sugar to eat, an adequate amount of oxygen, and a moderate (not too hot, not too cold) environment. These details are critical when doing so-called native or indigenous fermentations, meaning we rely on the yeast found on the grape skins and in the winery to do the job. We do not add commercial yeast.

Concrete tanks combine the best features of wood and stainless tanks, but they are superior in one critical respect: They are thermally consistent, meaning they take a long time to heat and cool. Once they reach a certain temperature, it takes a lot of time to diverge from that. The yeast loves this aspect. And if the yeast is happy, they make great wine. 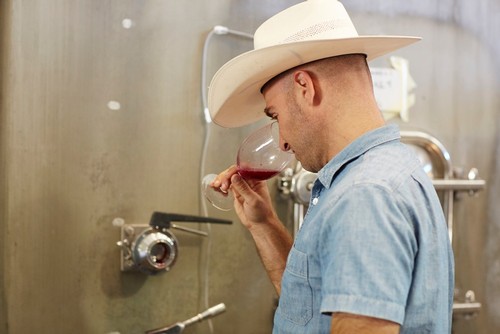 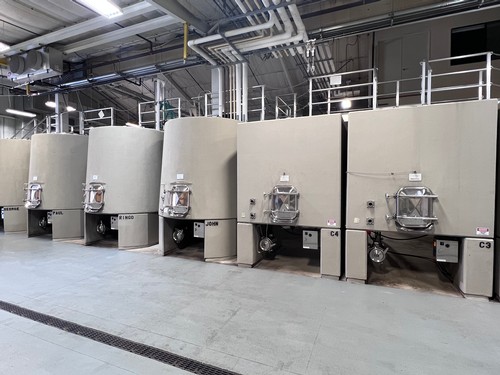