The 2019 vintage was ideal in many ways and produced wines that will be delicious when young and increase in complexity with age. The season was notable for ample rainfall during the winter, cool days with sporadic wind and rain during bloom, and moderate temperatures during the ripening and harvest period. Yields were average across the majority of varietals. The vintage was not without its challenges, but overall the quality of the wines should be high.

Adelaida received 24 inches rain during the 2018-2019 winter, including a mid-May (late season) shower that delivered nearly an inch. That compares favorably to 14 inches received in 2017 and the historical average of 18 inches. This winter rainfall led to ample green growth throughout the season, including a bountiful cover crop that nourished the soils and provided nutrients for beneficial soil microbes. Of course, the cost of all that rain meant that we had to make multiple passes in the vineyard to keep the vines open to sun and wind. 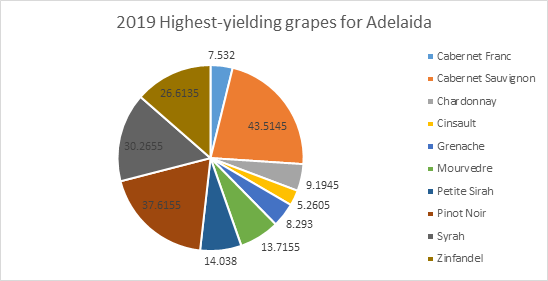