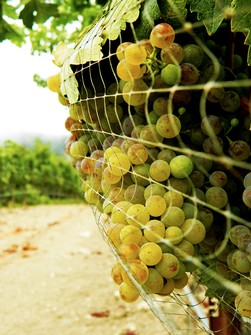 "While Paso Robles has been synonymous with the Rhône movement for over a decade now, it is worth noting the quality of the Bordeaux varieties coming from these limestone hills today. I'm increasingly seeing incredible wines based largely on Cabernet Sauvignon, Petit Verdot and other Bordeaux varieties from Paso Robles. While it may be hard for readers to believe, trust me when I tell you that these top-quality releases are a match for the best wines from California's North Coast. Top estates producing Bordeaux varieties include Adelaida, l'Aventure, Booker, Daou, Denner, Jada, Justin and The Farm Winery. I expect this list to continue to grow."

"An estate that continues to go from strength to strength is Adelaida Cellars, which is located on the northern side of Paso Robles, just off of Adelaida Road. The wines are made by Jeremy Weintraub, and as I've said in the past, these are classic Paso Robles wines that merit attention."